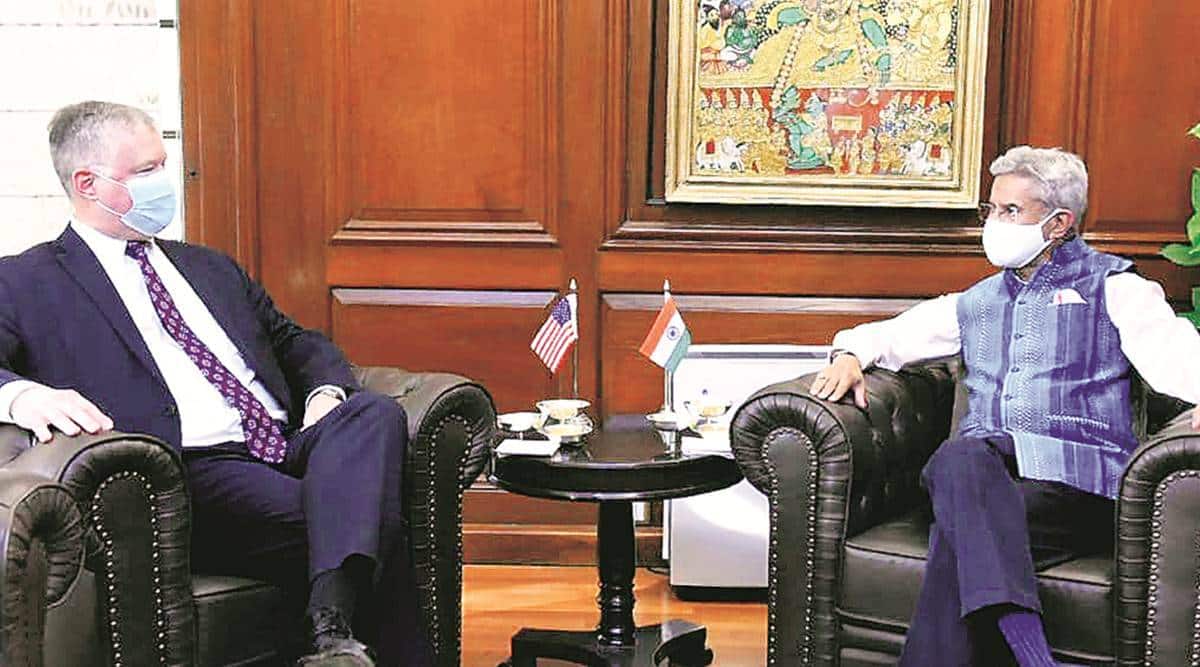 US Deputy Secretary of State Stephen Biegun has set the stage for the Indo-US 2+2 ministerial meeting, as he discussed Washington’s efforts to work with New Delhi on “regional security, economic cooperation, and coordinated efforts to address the challenges of the Covid-19 pandemic”.

The Indo-US 2+2 ministerial between Foreign and Defence ministers of both countries are likely to take place in New Delhi on October 26 and 27, sources said.

“They exchanged views on a number of regional and global issues of mutual interest. They discussed ways to strengthen cooperation in the United Nations, especially during India’s membership of the United Nations Security Council for the period 2021-22,” the MEA stated.

The MEA stated that Biegun, in his meetings with Jaishankar and Doval, discussed “ongoing bilateral cooperation and exchanged views on developments in the region”. This is an oblique reference to the situation arising out of the standoff with China along the Line of Actual Control (LAC) in Ladakh.

The US statement also recalled that Biegun addressed the India-US Forum, where he and Shringla underscored the importance of the partnership between the two nations, particularly in advancing a free and open Indo-Pacific.

“The Deputy Secretary emphasized the work of the Quad toward a region protected and made prosperous in equal measure by strong and peaceful nations in the Indo-Pacific. Deputy Secretary Biegun also underscored enhanced cooperation among the Quad to create resilient supply chains, promote transparency, and increase maritime security, topics most recently discussed in the October 6 meeting of Foreign Ministers attended by Secretary of State Pompeo.”