The Amarinder Singh government on Wednesday approved 33 per cent reservation for women in direct recruitment for the Punjab civil services, boards and corporations.

The state Cabinet, at a meeting presided by CM Amarinder Singh, approved the ‘Punjab Civil Services (Reservation of Posts for Women) Rules, 2020’ to provide such reservation for women for direct recruitment to posts in government, as well as in recruitment to Boards and Corporations in Group A, B, C and D posts, an official spokesperson said.

Earlier, the state had provided 33 per cent reservation for women in panchayats and local bodies.

ONE LAKH JOBS IN GOVT SECTOR

In another major decision with an eye on forthcoming Assembly polls, the Cabinet also gave its nod to State Employment Plan 2020-22 under which one lakh youths would be accommodated in vacant jobs in government departments, boards, corporations and agencies in a phased time-bound manner. The recruitment will be done on central government pay scales.

A state-level function will be held on Independence Day, 2021 for formal joining of the selected candidates in government posts during the year 2020-21. The function will be presided over by the Chief Minster.

As per the plan approved by the Cabinet, all departments may advertise their respective vacancies by October 31 to take forward the process of recruitment. The administrative departments would be solely responsible to ensure transparent and fair recruitment within the stipulated time schedule.

The Chief Minister had in March announced that 50,000 direct quota vacant government posts shall be filled in FY 2020-21 and another 50,000 posts in fiscal 2021-22, as a part of his flagship programme ‘Ghar Ghar Rozgar’.

A government statement said the Employment Generation, Skill Development & Training Department has collected data of direct quota vacant posts, category-wise, from all the administrative departments. These include Group A (3,959), Group B (8,717) and Group C (3,6313), thus totalling 48,989 posts.

It was decided at the Cabinet meeting that interviews would not be required for recruitment to Group-C posts. However, candidates selected based on tests will present themselves for counselling, to be organised by the concerned department for physical verification of candidates and their documents.

All engineering posts at the level of Junior Engineer (JE) and above in all departments/boards/corporations/authorities etc. will be filled through Punjab Public Service Commission (PPSC) by organising a common exam. In those cases where departments are yet to finalise the agency that would carry out the recruitment, they would be required to do so at the competent level and go ahead with the recruitment process.

Regarding the direct quota vacant posts of Group-A and Group-B to be filled through Punjab Public Service Commission, the spokesperson said that the departments had been asked to refer these Group-A and Group-B fillable posts to PPSC for recruitment by October 31, 2020, and the recruitment process of these posts will be completed by June 30, 2021. The Personnel Department has been directed to ensure implementation and compliance in this regard.

SC SCHOLARSHIP SCHEME FROM NEXT SESSION

The Cabinet on Wednesday also approved the state’s own SC Post Matric Scholarship Scheme, in order to facilitate SC students to pursue higher education in government and private institutions.

The government has also announced an increase in parental income criteria of students from earlier Rs 2.5 lakh to Rs 4 lakh to accommodate more students.

Named after Dr B R Ambedkar, the SC Post Matric Scholarship Scheme, would be effective from academic session 2021-22.

A government statement said the scheme will come as a relief to hundreds of thousands of SC students who were deprived of the opportunity to pursue higher learning after Centre withdrew from its Post Matric Scholarship Scheme in 2018, when it made several amendments to pass the financial burden to the state government. Since then, the state government has not been able to avail any grants under the Centre’s scheme.

As per the revised income criteria, the combined income of both parents for a student to avail assistance under the new scheme has been enhanced from Rs 2.50 lakh to Rs 4 lakh, according to an official spokesperson. There will be no burden of course fee on SC students, who shall be provided cashless free education. The remaining terms and conditions of the scheme will remain as earlier under the Post Matric Scholarship Scheme of 2018 of the Centre.

Notably, the population of SC community in Punjab is 31.94 per cent and persons in this category are both economically and socially backward. As per Census 2011, the literacy rate of SCs in Punjab was 68.4 per cent as compared to literacy rate of 75.9 per cent of other communities. As per the National Family Health Survey (NFHS) 2014-15, 86.8 per cent of SC students in the age group of 6 to 17 attended schools in 2014-15 as against 96 per cent students belonging to other communities.

The Cabinet also gave a go-ahead to government’s massive exercise to re-verify all the recently deleted and left-out beneficiaries under the Smart Ration Card scheme.

Those of the 9,48,9801 beneficiaries (approx 2,37,200 families) found by the re-verification process to have been wrongly deleted or wrongfully left out earlier will be included in the list again.

The initiative would help ensure proper food security to all deprived persons (if found eligible) under the state-sponsored Smart Ration Card Scheme, a government statement said.

The Cabinet also decided that after the re-verification process is completed, the Union Ministry of Consumer Affairs, Food and Public Distribution, will be approached to allow Punjab to enrol all beneficiaries (found eligible in the process) under NFSA, 2013 on RCMS portal.

However, the state will make claims of subsidy (distributed quantity) from Centre only as per the ceiling of 1.4145 crore beneficiaries, and any distribution made over and above this ceiling will be borne by the state government from its own resources.

The re-verification exercise, which will be conducted through concerned district controllers with help of district administration, will be completed before December 31.

In a decision taken towards allotting land on a reasonable price to those farmers who have been cultivating it for 12 years, the Cabinet approved the Punjab (Welfare And Settlement of Small and Marginal Farmers) Allotment of State Government Land Bill, 2020, thus ensuring protection of the interests of both the farmers and the state government.

A government statement called it a farmer-friendly step that would also go a long way toward settling pending litigations on this count.

The previous SAD-BJP government had, in 2016, enacted the Punjab Allotment of State Government Land Act 2016 (Punjab Act No. 54 of 2016) but not a single parcel of land was allotted to farmers under this Act. The incumbent government has thus decided to amend the law as a one-time welfare measure for small and marginal farmers, the statement added.

The Cabinet also gave approval to notify the rules of the Punjab Slum Dwellers (Proprietary Rights) Act 2020 for the purpose of giving proprietary rights of land to slum dwellers.

Punjab has witnessed mushrooming of unauthorised slums on government land in recent decades as a result of influx of migrant population due to growth and development of the urban areas. This has presented the government with the challenge to provide basic amenities.

The Cabinet has decided to grant three months extension/re-employment to Doctors and Medical Specialists from October 1, 2020 to December 31, 2020, in view of the Covid crisis.

The decision comes amid continued escalation in Covid cases in Punjab, which currently accounts for more than 1.25 lakh of India’s nearly 72 lakh cases.

To ensure regular de-silting of major rivers and reduce flood intensity in the state, the Punjab Government has decided to make such de-silting part of the contracts allotted for mining blocks.

The necessary amendments to the contracts were approved by the state Cabinet on Wednesday.

The major rivers where de-silting will be carried out as part of the amended contracts are Sutlej, Beas and Ravi, besides seasonal rivulets Ghaggar and Chakki.

The Cabinet also gave the go-ahead to the Drainage Wing of Water Resources Department to allot 78 sites in seven blocks to mining contractors. These sites have a total area of 651.02 hectares with 274.22 LMT quantity of sand/gravel.

The Cabinet also decided that in future, more river bed stretches that need de-silting would be offered to mining contractors in a similar manner, keeping concession quantity as per the contracts.

The Drainage Wing of Water Resources Department has estimated that river beds have got silted up by 5 to 12 feet which, if removed, can significantly improve the capacity of the rivers by 15,000 to 50,000 cusec.

In an important decision, the Cabinet okayed government’s decision to allow production of quality seed potato through tissue culture based technology, using aeroponics/net house facilities, along with the certification of seed potato and its successive generations.

The move would also help incentivize potato production, leading to greater diversification by bringing more area under potato crop cultivation, according to an official spokesperson. 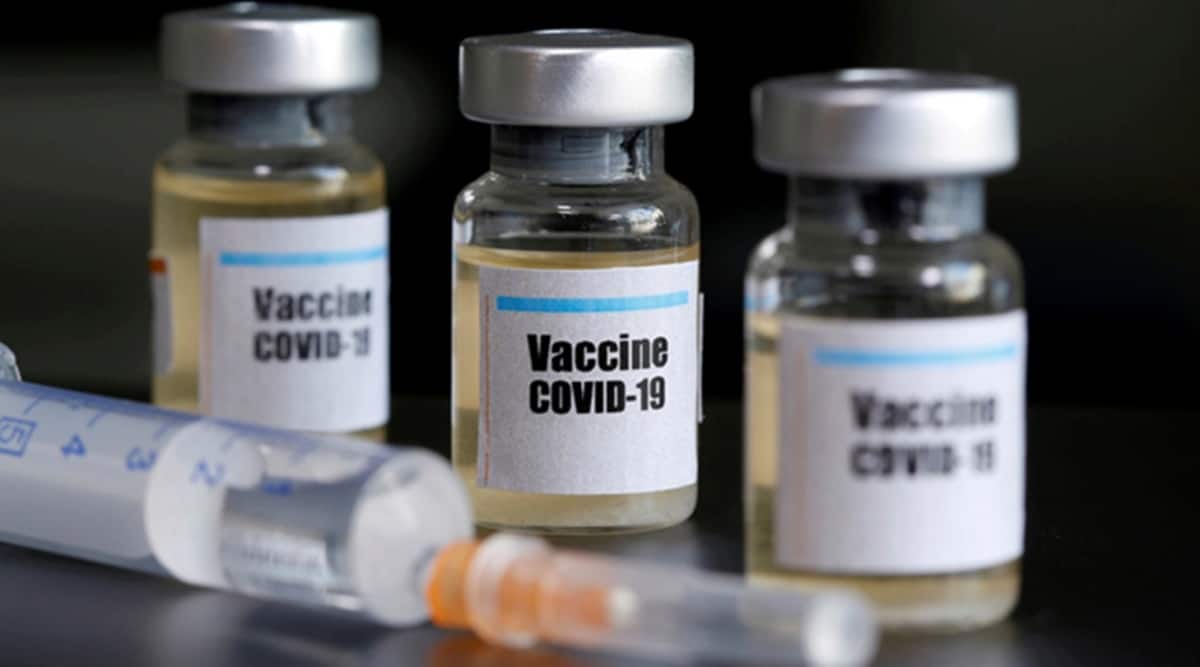 A number of IDs will likely be used to provide Covid vaccine: govt 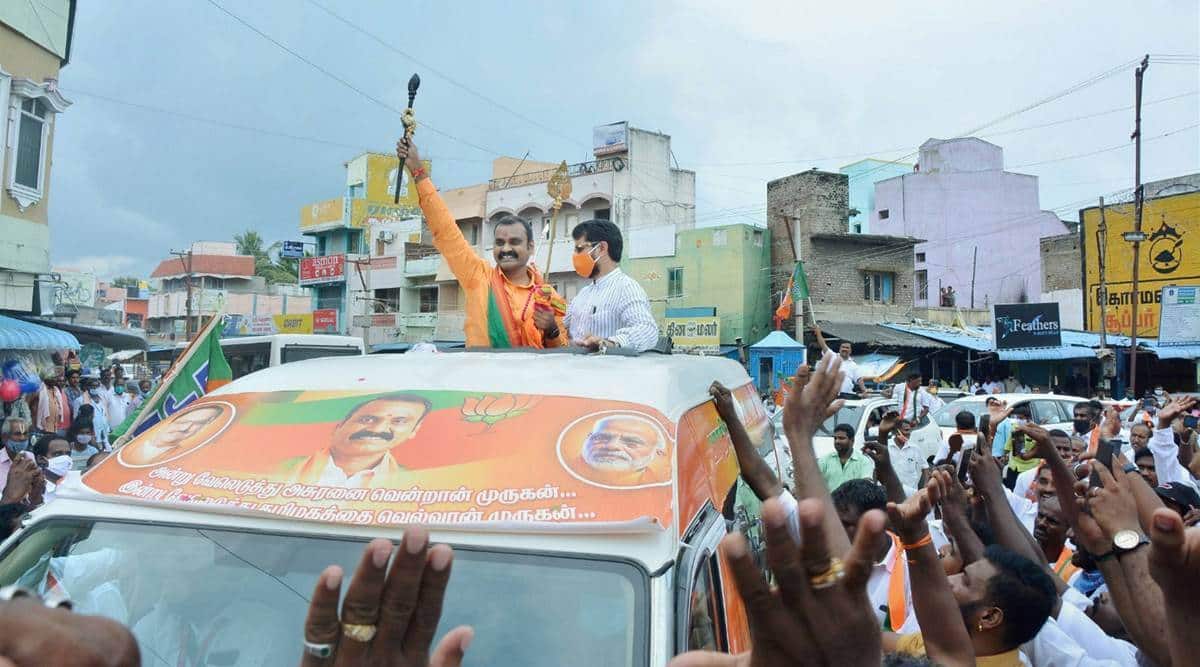 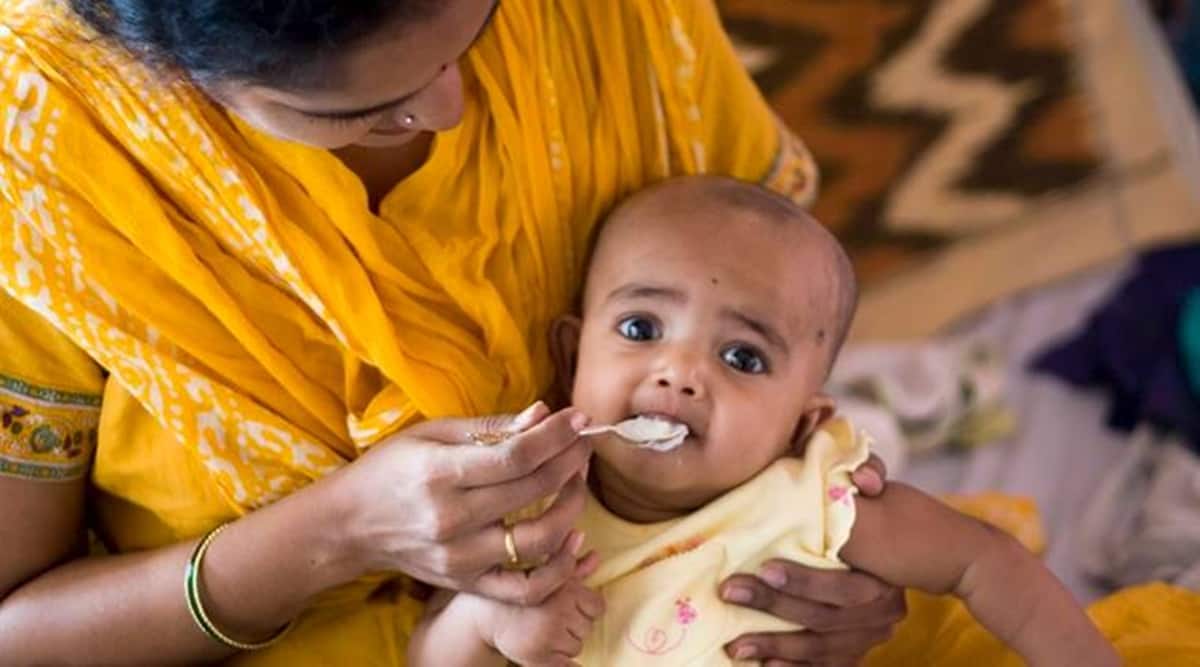