Is the OnePlus 8T a huge upgrade over the OnePlus 8, or is it just minor tweaks? Find out in our review below. (Express Photo: Nandagopal Rajan)

It is that time of the year. That time of the year when OnePlus comes out with its mid-series flagship, the phones that carry the T suffix. But then this is no ordinary year, this is the fourth phone from OnePlus in just about four months. That is quite unprecedented coming from the brand that likes to focus on one series at a time. But this year, the OnePlus 8T comes just a few weeks after the new OnePlus Nord budget phone. So where does this new flagship fit in?

What is new in the OnePlus 8T?

The OnePlus 8T has a 6.5-inch Fluid AMOLED display, which makes it a bit smaller than the OnePlus 8 Pro. However, this display is brighter and goes up to 1100 nits if the need arises. 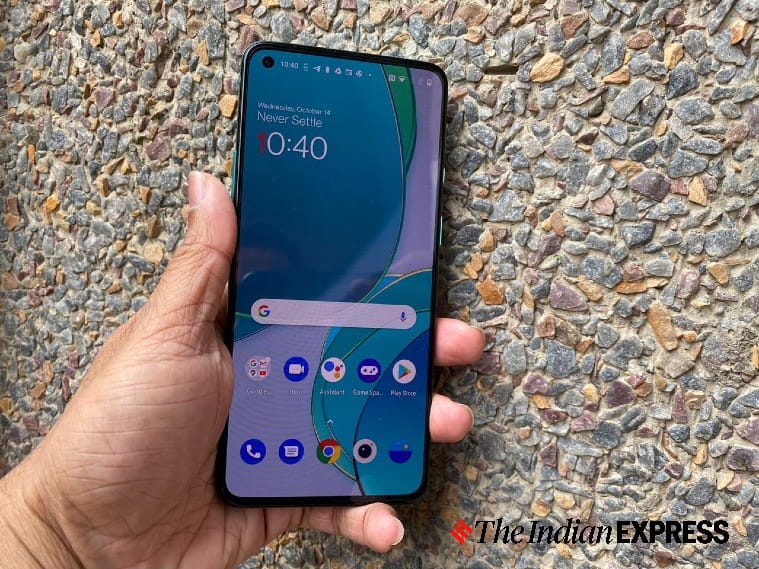 The OnePlus 8T has a 6.5-inch Fluid AMOLED display, which makes it a bit smaller than the OnePlus 8 Pro

While the phone has a clear OnePlus look, it is less flashier than the OnePlus 8 Pro with a glass back and frames that offer an anodised aluminium finish. The stylish phone gets a camera module which is clearly the largest OnePlus has ever had, though this too offers a quad camera with a different mix of lenses. In the front, there is a single punch hole camera while the buttons are the same as other OnePlus phones.

One big change is the 65Watt Warp Charger, the fastest ever from OnePlus and certainly the fastest I have used. And yes, this phone comes with Oxygen OS running Android 11 out of the box.

What is good about the OnePlus 8T?

There is a lot to like about the phone even as you are trying to figure out how it is different from its predecessors that came out earlier this year. The display is stunningly clear and fluid, as you will love with live wallpapers and while watching a movie on Netflix. The 120Hz is something I didn’t get to really try out for I’m too old to be gaming on a phone, you do appreciate this screen, especially when the finger unlocks it with a touch. Also, the Always On Display has a different OnePlus take, especially with the use of red on the screen. The phone is slick and performs really well whatever you do with it. Also, you will notice that the OnePlus 8T stays really cool and that is because a lot of work has gone into the heat dissipation of the device. With the 120Hz screen and this cooling, the OnePlus 8T could become more popular among gamers for sure.

This is among the first phones to ship with Android 11 and OnePlus’ Oxygen OS has just the right amount of tweaks to add value to the user. There are some added features too like the Zen Mode, which can now be a group activity with friends and the Always On Display that offers more customisations than you would see with any other phone. The design language across the UI is also smoother and easier on the eye. I loved the gallery, for instance, with its swipe option to move from all photos to folders. Even the large icons for favourites on the phone app make it easier to connect a call quickly.

The most impressive part of the OnePlus 8T for me was the camera. Let’s start with the 48MP lens. Nothing out of the blue here, but the kind of detail this one can capture is quite amazing as I discovered during a trip to Safdarjung’s Tomb in Delhi. But the phone clicks in 12MP by default and you have to switch to the 48MP when needed. 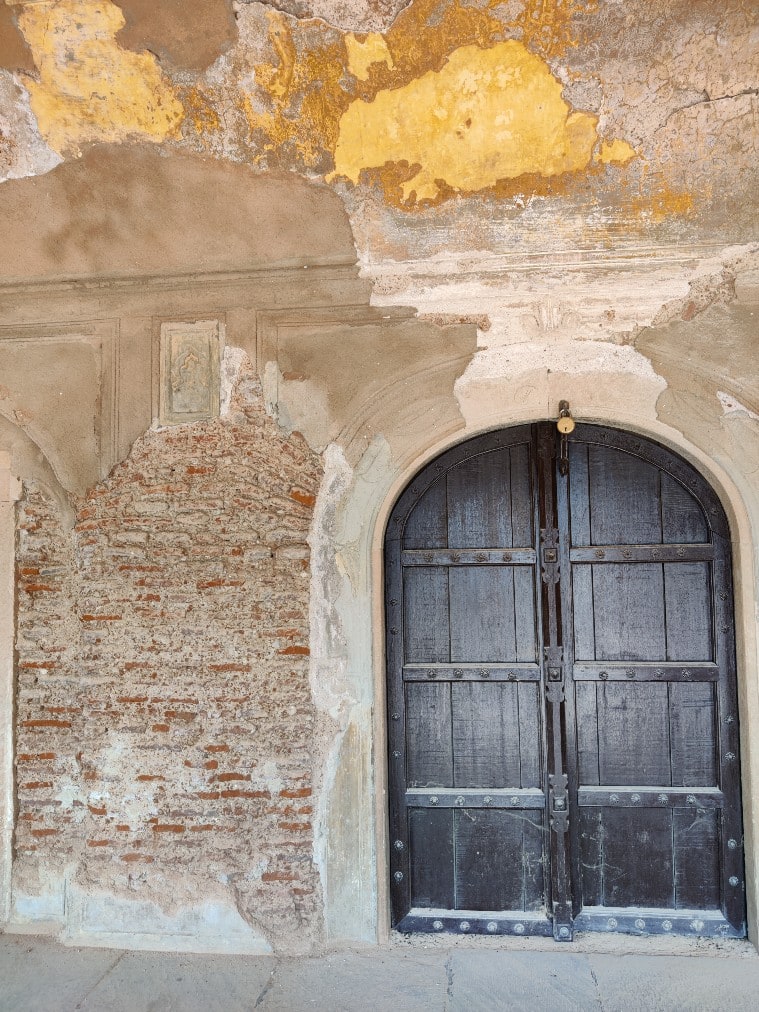 Photo take with 48MP mode [cropped]At 123-degree field of view of the ultra wide lens makes it unique and this results in some very interesting perspectives. However, this camera is not that great in low light. For low-light situations, there is night mode which OnePlus claims is better than before. It does brighten up dark scenes quite a bit. But I have always felt this mode is unnatural whoever does it. 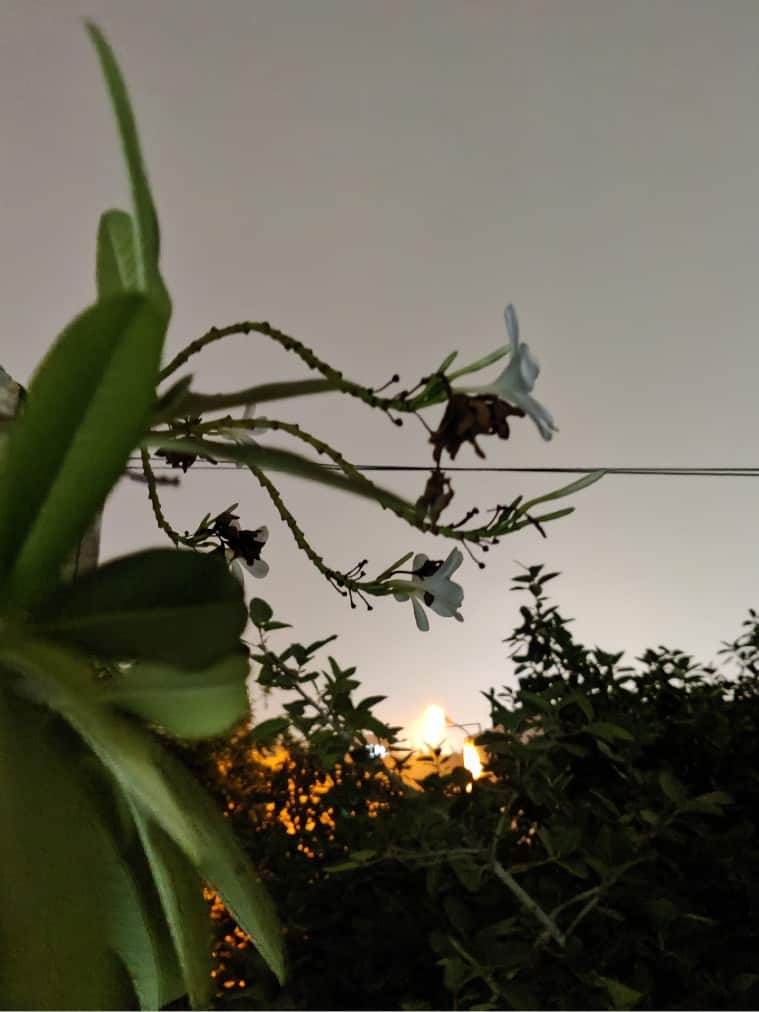 Captured with Night mode on

The 2MP Macro camera is okay as an add-on, but the results are nothing spectacular. The 2MP Macro camera is okay as an add-on

The camera that impressed me the most is the new 5MP monochrome, which gave me some really poignant frames. Interestingly, this switches on when you select the Mono most in the filters and is not a camera mode as such. You can feel the lens change and the images have a good amount of contrast to make them stand out despite the lack of colours. 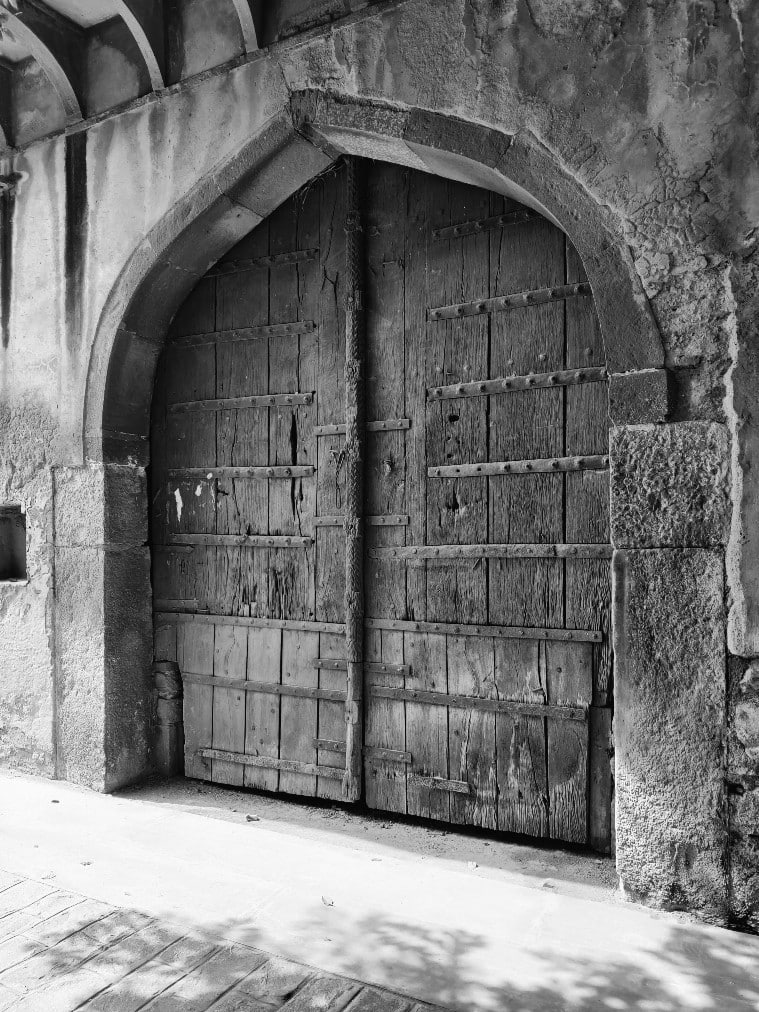 The camera that impressed the most is the new 5MP monochrome One other important feature is the 4500 mAh battery which lasted over 30 hours on a full charge. However, what is innovative here is the new 65W Warp Charger that OnePlus is packing in the box. This new charger can juice-up the OnePlus 8T in under 40 minutes, despite its large 4500 mAh battery. And 15 minutes on the charger will give you about 12 hours of juice. That is impressive, but there is a catch.

What is not so great about OnePlus 8T

Let’s start with 65W Warp Charger. This might be the fastest we have had for a phone and good enough to charge your laptop too, but this is actually a tab bigger than the charger for the new MacBook Air. So this convenience of faster charging comes at a price. No, you do not want this adapter in your pant pocket. OnePlus 8T packs a new 65W Warp Charger in the box. Seen here with the MacBook Air 2020 charger to the right.

There is nothing odd about the colour correction of the cameras. As you move from ultra-wide to wide and zoom, the colour profile of the image changes, which is something I have not seen in smartphone cameras before. Maybe a software update is due. Should you buy the OnePlus 8T?

The OnePlus 8T is a good upgrade for all OnePlus users who are on phones that came before the OnePlus 7. In fact, I won’t be surprised if OnePlus 8 buyers feel a bit shortchanged after this one because it is, by all means, a better phone, coming just months after they got theirs. OnePlus has tried its best to leave some edge for the OnePlus 8 Pro, but this clearly comes in the middle. In fact, with the performance of the past Ts, the OnePlus 6T, 7T and now the 8T, consumers might just be inclined to wait for this and not buy the base model, which also faces heat from the more affordable Nord series.

The OnePlus 8T is not a huge leap on any of the OnePlus phones that have come recently but clearly is a better phone with more time spent on perfecting the hardware and software. This is now one of the top options available for those hunting for an Android flagship and the 5G just makes it future proof. 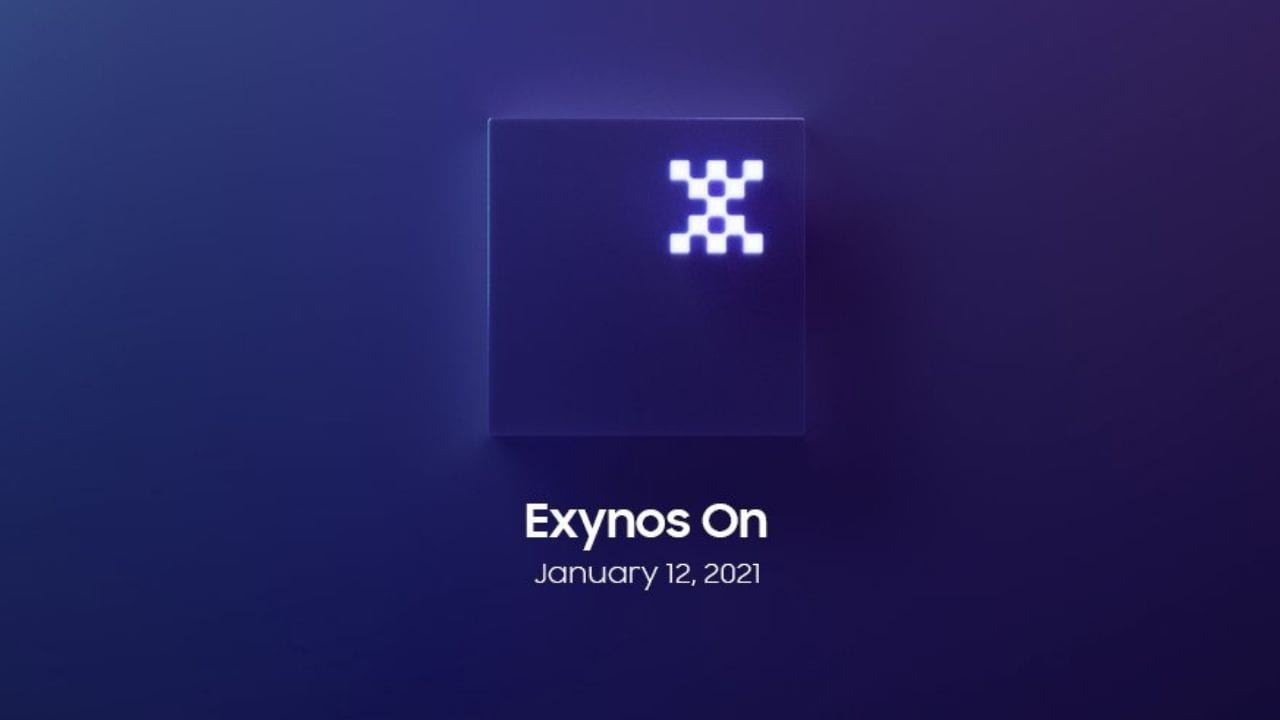