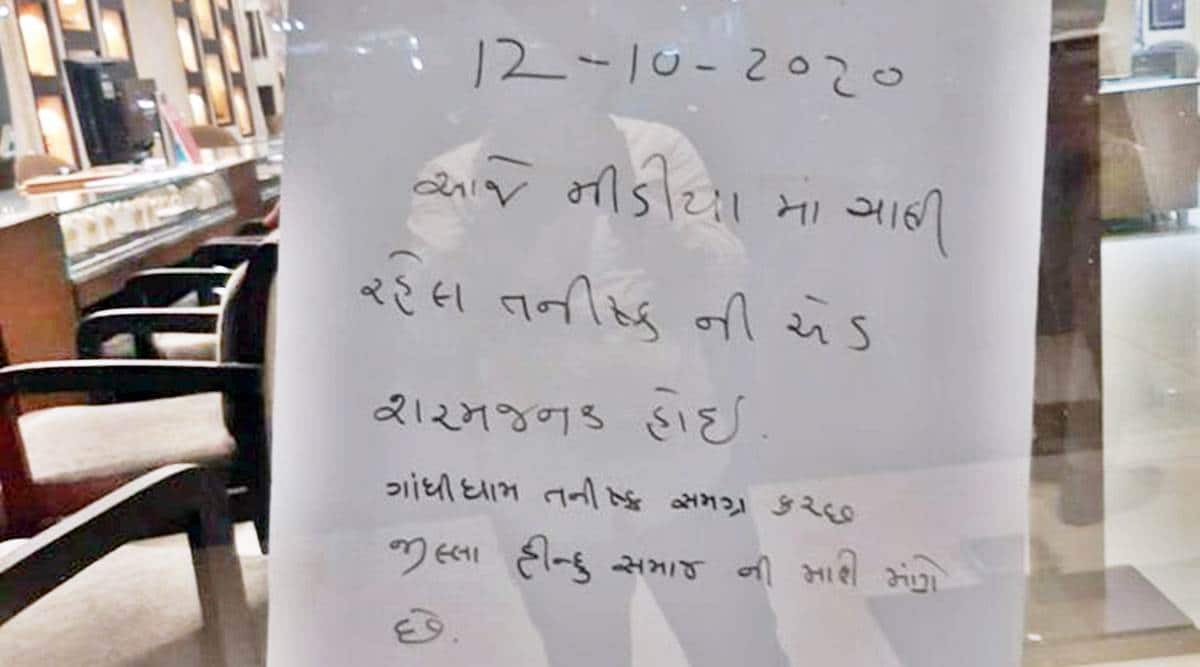 The “apology” poster pasted on the door of the Tanishq showroom

A mob of alleged Hindutva supporters reportedly barged into a Tanishq showroom in Gandhidham town of Kutch, abused its staff and pasted a poster on its door which stated that Tanishq was apologising to Samagra Kutch Jilla Hindu Samaj for its advertisement.

“Around 120 people gathered in front of our showroom and six or seven of them later barged in and hurled abuses at the staff. They said they were Hindus and wouldn’t tolerate such ads. We told them that the ad was just meant to promote our jewellery business and nothing else and that the Gandhidham showroom had not issued it but that it was a decision of the company. We told them that we, too, are Hindus. But they didn’t listen to us. Some of them pasted a poster on the door of our show-room, clicked selfies by posing in front of that poster and then they dispersed,” an employee of the show-room in Gandhidham told The Indian Express on the condition of anonymity.

The staff said they have not reported the incident to police. “We do not know who those people were. We don’t want any controversy. We have not reported the incident to the police so far,” said a senior staff member, adding, “Many of our customers have been dialing us and registering their protest and displeasure over the ad campaign. Our daily business has also been affected adversely.”

On Monday, jewellery brand Tanishq pulled its latest ad featuring a Hindu woman and her Muslim mother-in-law off all online platforms after a backlash on social media, which saw #BoycottTanishq trending on Twitter. The ad for Tanishq’s new collection called Ekatvam – which means ‘oneness’ – showed a Muslim family organising a traditional Hindu baby shower ceremony for their Hindu daughter-in-law. 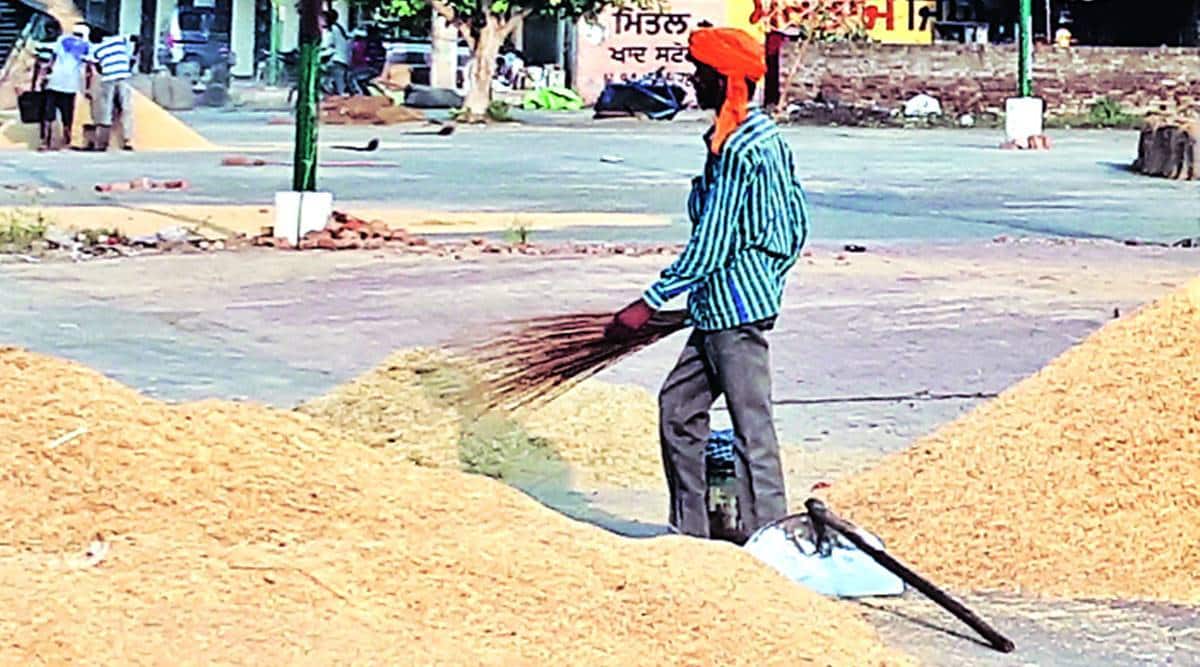 Widows of Vidarbha farmers be part of stir at Delhi borders