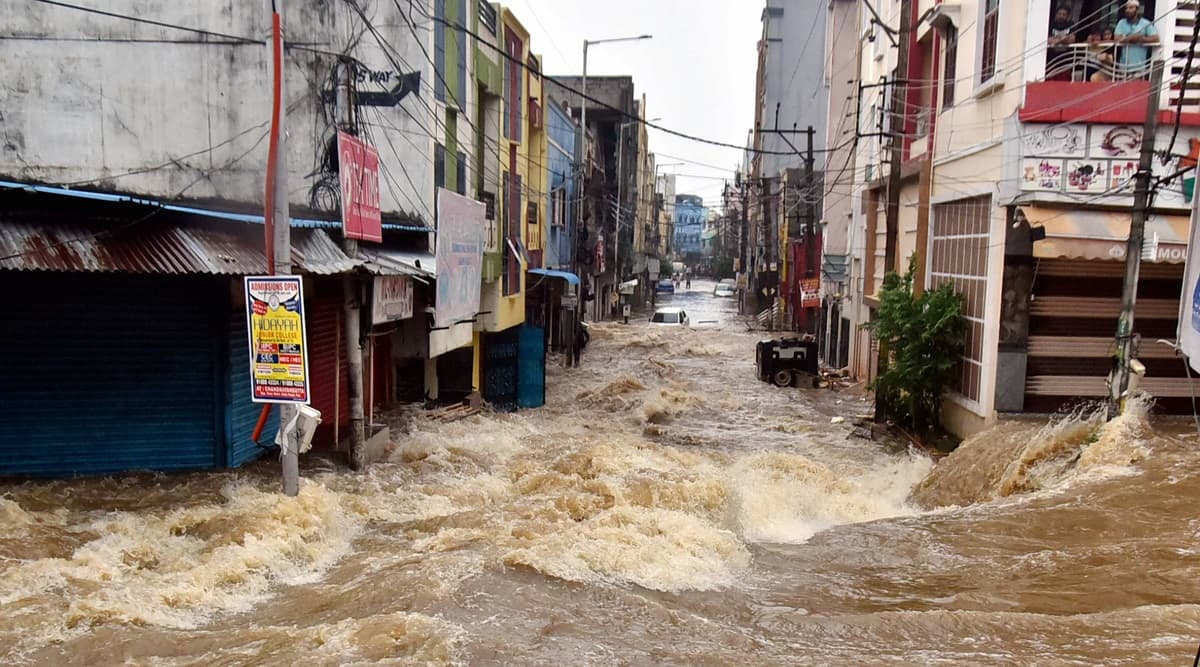 The India Meteorological Department (IMD) has warned of very heavy to extremely heavy rainfall over Madhya Maharashtra, Marathwada, parts of south Konkan, Goa and north interior Karnataka during the next six hours of Wednesday.

This system, while it was over Telangana on Tuesday, wreaked havoc with many stations reporting very heavy rain leading to road closures, tree felling and severe inundation of roads. The 24-hour rainfall ending Wednesday 8.30 am at Hyderabad was 191.8mm. This is the highest October rainfall reported in Telangana’s capital since 1903.

IMD, in its latest weather update issued on Wednesday morning, said a depression lay around 80 km north of Gulbarga in north Karnataka which was fast moving towards Maharashtra.

“The depression is showing some signs of weakening and it will further weaken into a well marked low pressure during the upcoming 12 hours. However, there will be very heavy to extremely heavy rain over Madhya Maharashtra, south Konkan and Goa, Karnataka and Telangana on Wednesday,” said Mrutyunjay Mohapatra, Director General, IMD.

IMD officials have said that this low pressure system will move along the west-northwest direction towards north Konkan. As the system traverses along Maharashtra on October 14 and 15, the Met office has forecast strong winds with speeds ranging between 30 to 40 kms/hr gusting to 50 km/hr during the next six to 12 hours over Maharashtra.

“This system will then emerge over east central Arabian Sea, off the Maharashtra and south Gujarat coast on October 16. The low pressure will then gain energy from sea and re-intensify into a depression in the Arabian Sea,” added Mohapatra.

Owing to the rough sea conditions in the Arabian Sea, IMD has advised the fisher community not to venture into sea from October 16 onward. 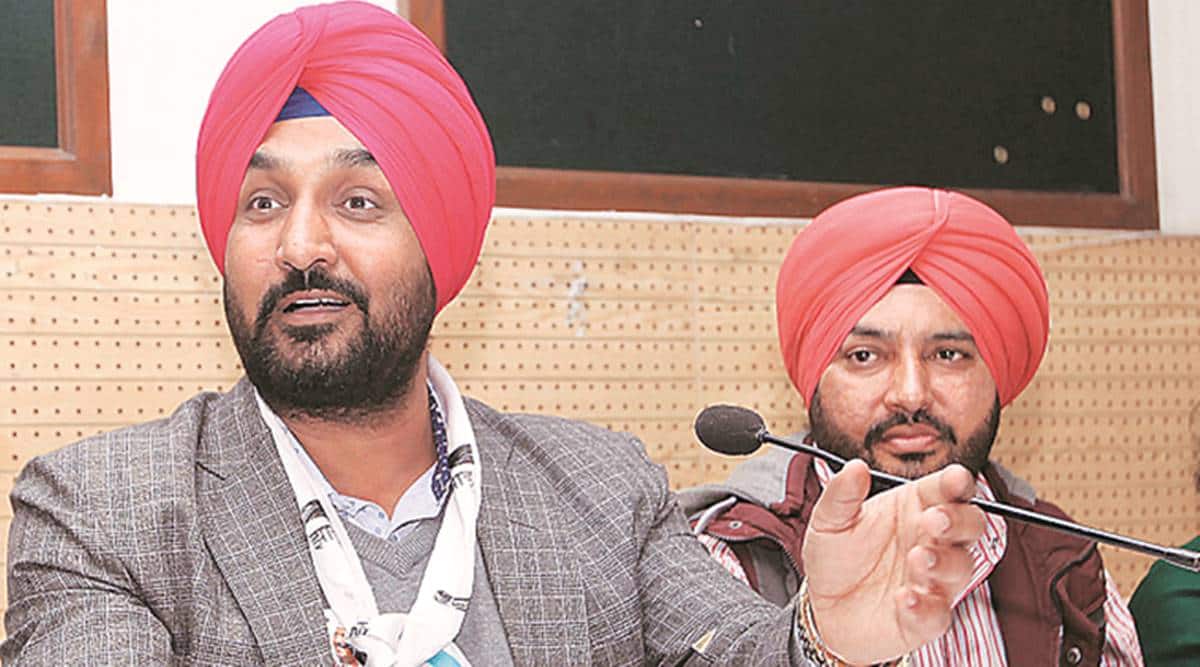 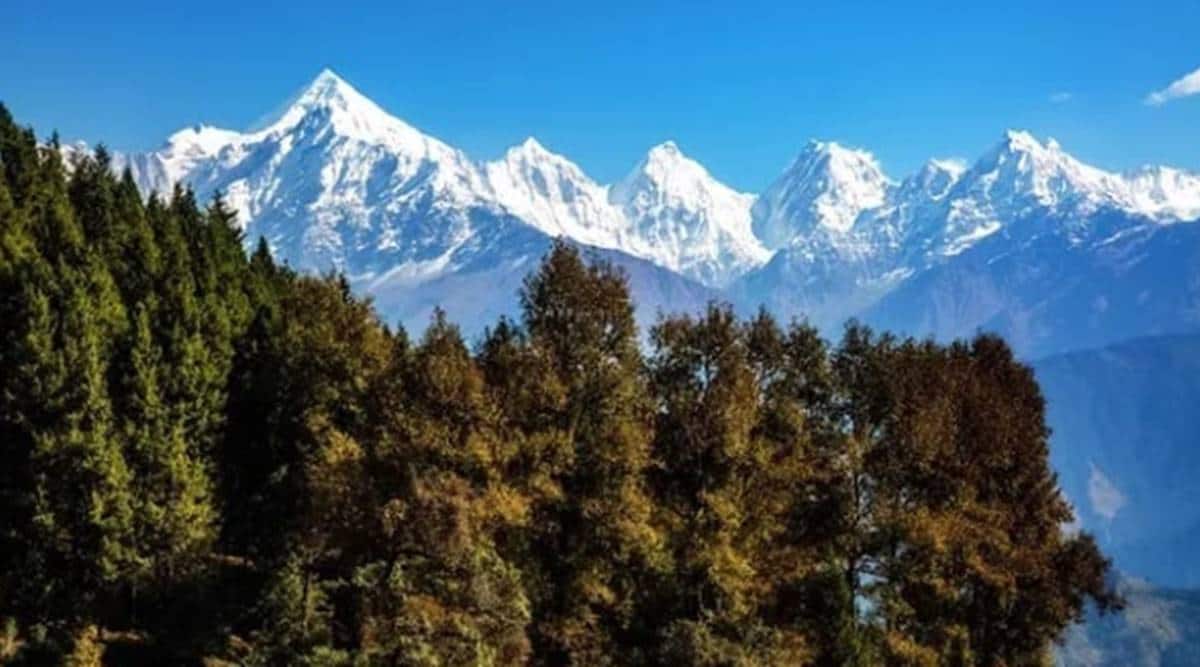 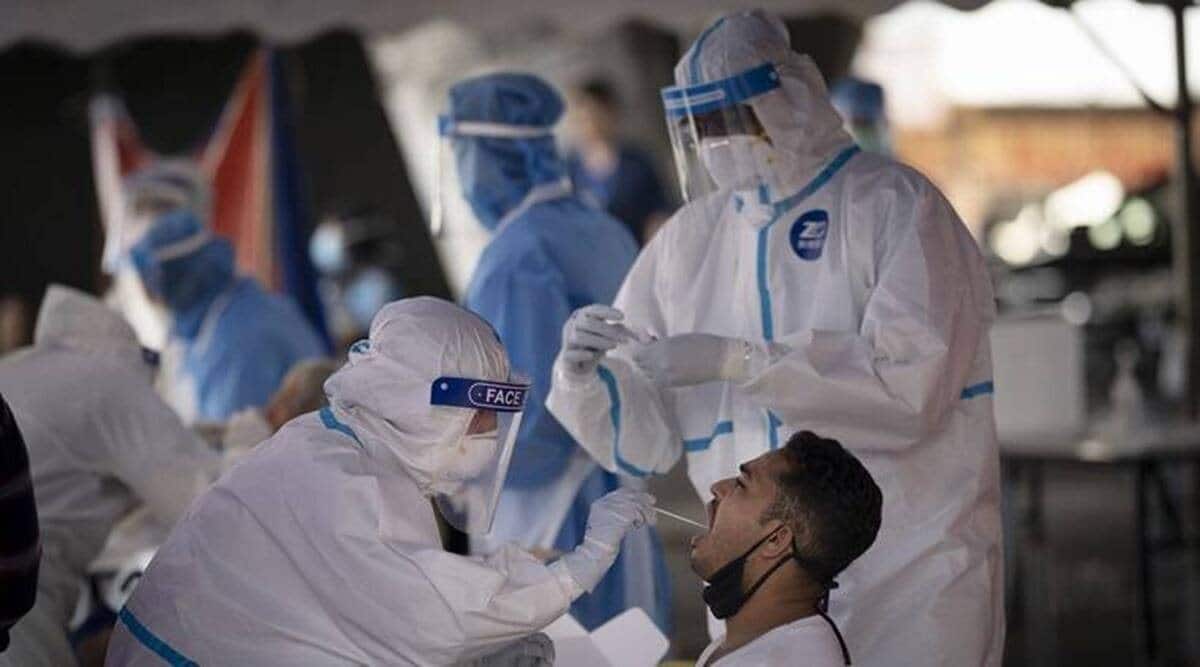