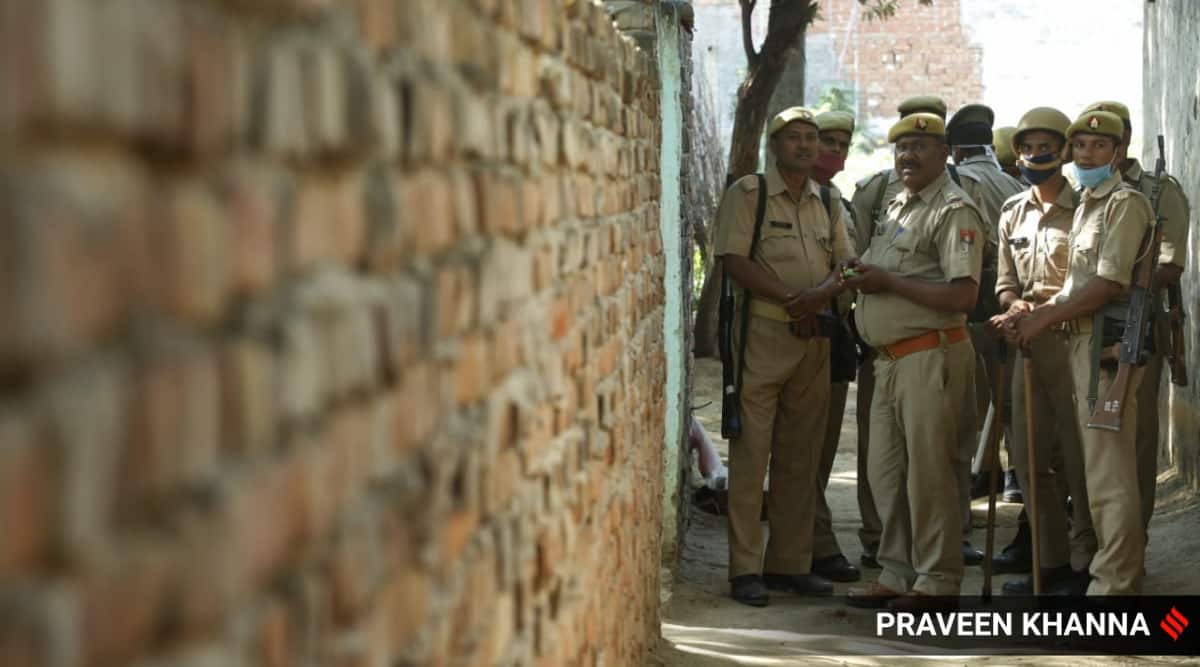 Security beefed up in Hathras village.

A “three-fold protection mechanism” has been put in place for the security of the kins of the Dalit victim who died after being assaulted and allegedly gangraped by four upper-caste men in Hathras, the Uttar Pradesh government informed the Supreme Court on Wednesday.

Stating that it is committed to provide complete security to the victim’s family and witnesses to ensure a “free and fair investigation”, the state government urged the apex court to direct the CBI to submit fortnightly status reports on the probe to the state government, which can be filed by the UP DGP in the Supreme Court.

“The state government therefore seeks indulgence of this court to be pleased to keep the above petition pending allowing the investigation by the CBI to be conducted under the supervision of this court in a time bound manner,” the UP government said.

Last week, the top court had called the Hathras incident “horrible… extraordinary and shocking” and asked the state government if witnesses in the case had been provided protection and if the family of the victim had a lawyer. The state government, on its part, had urged the court to supervise the probe to prevent narratives about the incident.

In a compliance affidavit filed in the top court, the Yogi Adityanath-led government said “in order to ensure the security of victim’s family/witnesses, three-fold protection mechanism has been devised” — armed constabulary component, civil police component comprising of guard, gunners and shadows and installation of CCTV cameras and lights. It said up to 15 personnel of armed constabulary have been deployed near and outside the victim’s house and eight CCTV cameras have been installed in the outer surrounding of her residence.

It further said adequate forces have been deployed to ensure the safety of the victim’s parents, two brothers, one sister-in-law and her grandmother in Hathras.

“The circle officer, Sadabad, is to ensure robust security arrangement by holding regular clear briefings of the police force and in addition, he shall also inform the family members about the security arrangements provided to them,” the UP government affidavit said.

“The entire security staff deployed at the village has been strictly instructed to ensure that there is no intrusion in the privacy of the victim’s family/witnesses and that they are free to move and meet the people they want,” the affidavit added.

It also said that the victim’s brother has informed the police in writing that they have engaged advocates on behalf of the family. “However, they have requested that the government advocate should also pursue the case on their behalf,” it said.

The 19-year-old Dalit woman died on September 29 at Delhi’s Safdarjung Hospital during treatment. The victim was cremated in the dead of the night near her home on September 30. The family members told the Lucknow bench of the Allahabad High Court on Monday that the district administration carried out her cremation “against their wishes”. PM Modi to mark Dev Deepawali in Varanasi at the moment, assessment mission Weddings in Gujarat can have as much as 200 company