Surface Duo is capable of running any app that is available on the Play Store (Express Photo; Anuj Bhatia)

Microsoft recently released the Surface Duo, the Android-powered dual-screen device that promises enhanced productivity. The $1400 pocket-sized device allows users to multitask with two separate apps or web pages at the same time. Microsoft is aiming the Surface Duo at those people who don’t want to carry two separate devices. But the Surface Duo faces tough competition from Samsung’s Galaxy Z Fold 2, a $2000 foldable phone. Here is our first look at the Microsoft Surface Duo.

#The Surface Duo has two 5.6-inch OLED displays to form an 8.1-inch display. There is a visible bar in the middle of the Duo where the hinge is located. Think of the Duo as having two tablets joined by a 360-degree hinge. When closed, the Duo appears to be a small Moleskine notebook. 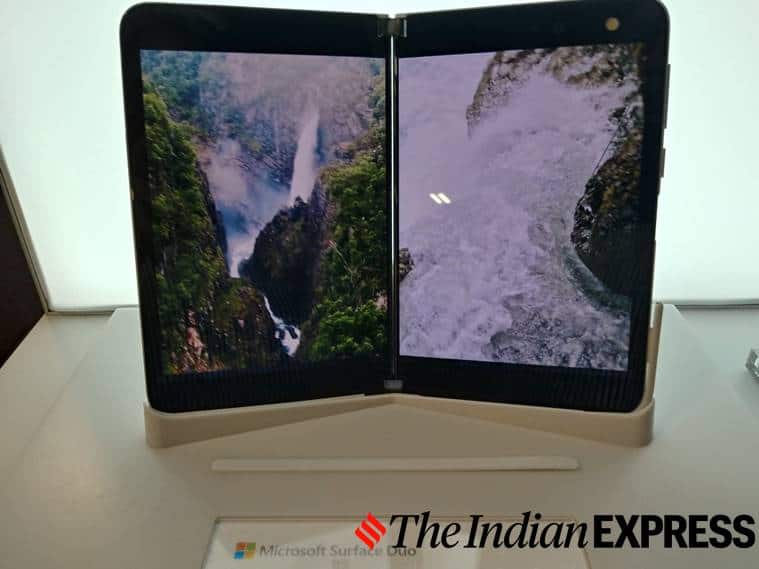 #The Duo doesn’t look like a smartphone, and there is a reason why Microsoft is hesitant in calling the Duo a phone. It’s quite wide, and the chunky borders sit above and below the two screens. A single 11MP camera doubles as both rear and selfie camera. #The Surface Duo is covered with glass on the front and back with a metal Microsoft logo in the center. It’s a super-thin device, measuring at just 4.8mm when unfolded. Microsoft calls the Surface Duo its thinnest Surface yet. #Perhaps the highlight of the Surface Duo is its 360-degree hinge. This 360-degree hinge allows users to turn the Duo into different postures such as tent mode or book mode. You can even use the Surface Duo as a mini laptop. In its default mode, the two screens are perfect for reading ebooks on the Duo, thanks to the Amazon Kindle app which is optimised for the device. 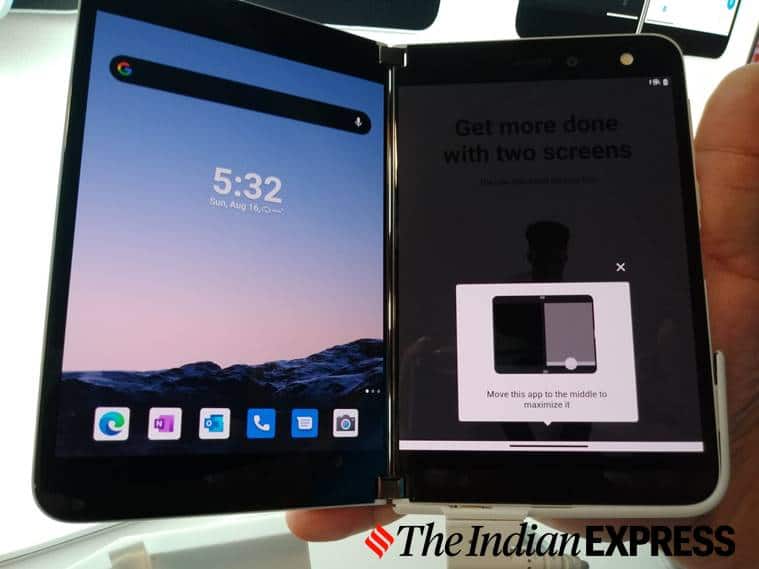 #The Surface Duo is incomplete without its multitasking abilities. The basic idea behind the Duo is to run two different apps on each side of the screens. That means you can read a news article on one screen and on the other screen you can watch a video on YouTube. You can also run the same app across both screens at the same time. Microsoft’s own apps, of course, are optimised for the Duo’s two screens. # The Surface Duo runs Google’s Android, the world’s most popular operating system. That means the Duo is capable of running any app that is available on the Play Store. #The Surface Duo also supports the regular Surface Pen as well as the high-end Surface Slim Pen, though you need to purchase them separately. The Surface Pen can be used for taking notes or switching on the Duo. It even magnetically attaches to the outside of the case. #The dual-screen device uses last year’s Snapdragon 855 processor, which should be powerful for daily tasks but it’s not the latest Qualcomm processor. The entry-level model ships with only 128GB storage the ($1499 model has 256GB storage). 6GB RAM is common across both models. The Duo doesn’t have wireless charging and even lacks 5G. The device ships with a 3577mAh battery. 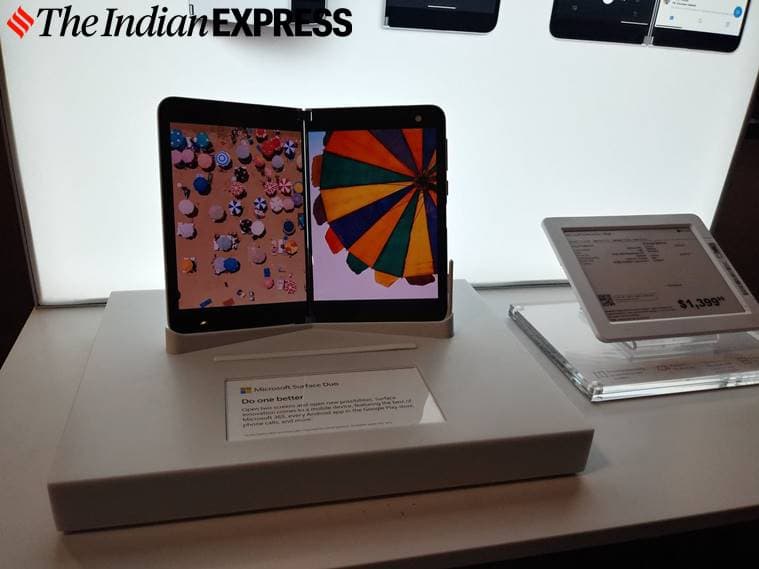 #The Surface Duo is now available to buy in the US for a starting price of $1400. Unfortunately, the Duo is not available for sale in India. However, you can buy the Samsung Galaxy Z Fold 2 and Motorola Razr 5G in India.